With an independent career spanning decades and playing with some of music’s top performers such as Anita Baker, Whitney Houston and The Temptations, it is no surprise that Gerald Albright was …

With an independent career spanning decades and playing with some of music’s top performers such as Anita Baker, Whitney Houston and The Temptations, it is no surprise that Gerald Albright was recently recognized with a President’s Lifetime Achievement Award signed by President Biden.

The jazz icon recieved the award for volunteering 30 years of his time to bring the world music.

Albright, a Castle Pines resident, said he is humbled and honored to be recognized with the award from Biden. Albright said he had heard is name was offered up for a Lifetime Achievement Award, but he did not expect it.

“It just surprised me completely,” he said. “I was happy to just make that recommendation list. When I first got word that I had been selected, I was a little hesitant. There are a lot of scams out there. I just felt like maybe it was too good to be true.”

When he got confirmation that it was not a scam, the 64-year-old Albright said: “It was the ultimate for me. I am not in this vocation for awards though. I have always worked to produce the best music I can for the world. Music keeps me young, balanced and it is always therapeutic.”

Albright’s love of music started at the young age of 8. At the beginning, his parents enrolled him in piano classes. Albright said it was clear from the start that piano would not be his path to a musical career.

“After several lessons where I was not prepared and had not practiced,” Albright said, “the teacher talked to my parents about maybe trying something different.”

By the age of 9, Albright found his musical calling through playing the saxophone.

“From there, I started putting the time in and truly learning my craft,” he said.

Before going to college to major in music, Albright said he played in garage bands and ensembles while working continuously to get better.

After enrolling in the University of Redlands in California, Albright was already a talented saxophone player. However, after seeing Louis Johnson play in concert, he switched to the bass.

A few months after graduating from college, Albright joined jazz pianist/R&B singer Patrice Rushen, who was in the process of forming her own band. Later, when her bassist left in the middle of a tour, Albright replaced him and finished the tour on bass guitar.

As he continued to tour with Rushen, Albright’s reputation grew and his name started circling the industry. Playing both sax and bass, Albright started working in the 1980s with big names such as Anita Baker, Ray Parker Jr., Atlantic Starr, The Temptations, Maurice White and Whitney Houston.

In the late 1980s, Albright launched his solo career in the infancy of what became the smooth jazz format, with “Just Between Us” in 1987. In the 1990s he also fronted a big band for and toured with pop star Phil Collins and did a dual recording with vocal great Will Downing.

Through his own record label and solo career, Albright has seen success, being nominated for eight Grammys over the last 20 years in producing 22 CDs. While proud of his continued success in the industry, Albright said he is particularly proud of his most recent work, “G-Stream.”

The 2021 work, Albright said, was for his audience to find something positive in a tough time in the world.

“My audience and people around the world during COVID did not have a lot to lean on,” he said. “We put out the ‘G-Stream’ project to put out a message of positivity and a message of hope. It is about bringing therapy through music.”

While known for his talents on the world stage, Albright also works to give back to his local community. The 16-year Douglas County resident has started the music series, “Lone Tree Sessions with Gerald Albright.” Using his connections in the music world, Albright said, he has brought in many talents to perform for local residents.

“We have an awful lot of music lovers in our community,” he said. “I wanted to create a platform for them to see some talents they may not have seen. We have one big musical family here.”

In the future, Albright said he will seek partnerships in other communities, including Castle Rock and throughout the rest of Douglas County.

With more new music set to be released in the first quarter of 2022, learn more about Albright’s work at geraldalbright.com.

“Tomorrow” art exhibit in Lakewood will bring awareness to today 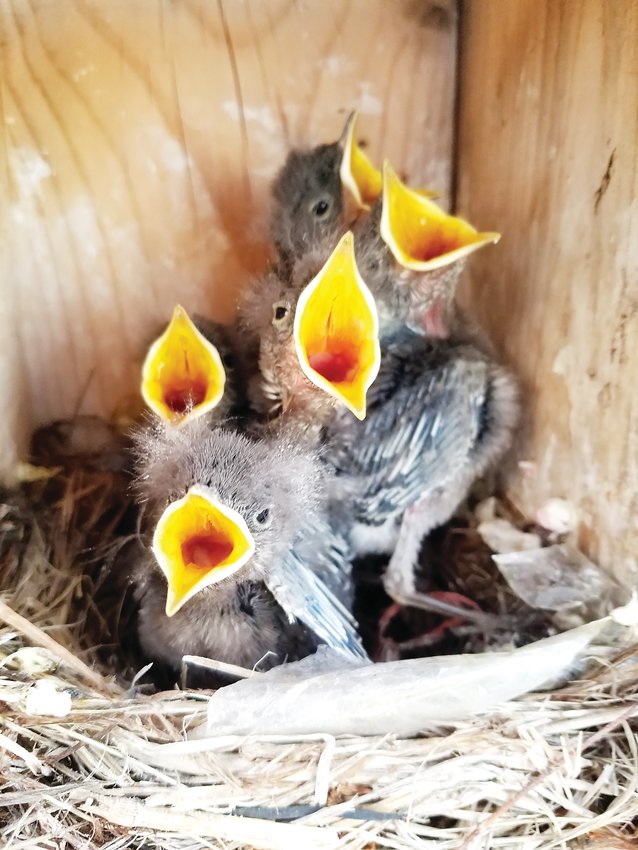